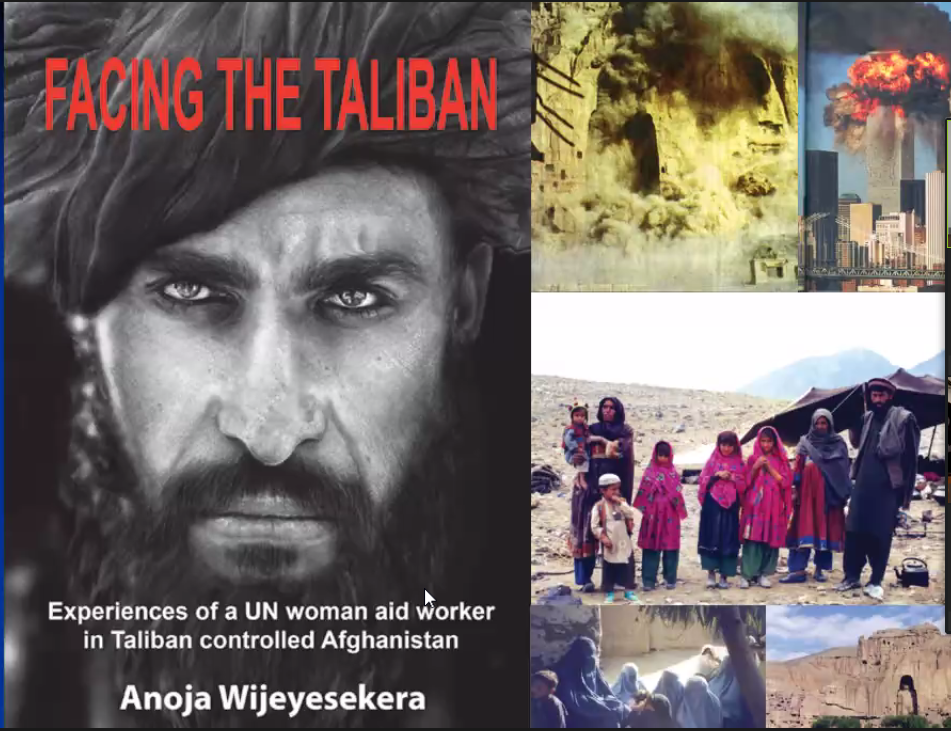 BCIS’ ‘Historical Narratives in Diplomacy- Being There,’ entitled ‘Facing the Taliban: Experiences of a Female UN Aid Worker in Taliban Controlled Afghanistan (1997-2001),’ narrated by Ambassador Anoja Wijeyesekera, former International Civil Servant who worked with the UNICEF in Afghanistan and served as Sri Lanka’s former Ambassador to Indonesia was held on Saturday, October 23, 2021 from 11.00 am to 12.30 pm.

This was the second discussion under the flagship programme of the BCIS’- Historical Narratives in Diplomacy- Being There. The series of narratives under this programme provides a platform where experts in the field of International Relations share experiences and anecdotes in retrospection, with the emerging generation of professionals in the field of International Relations.

A brief documentary was also screened to educate the younger generation in the audience with a glimpse of the chronology of events in Afghanistan’s political history.