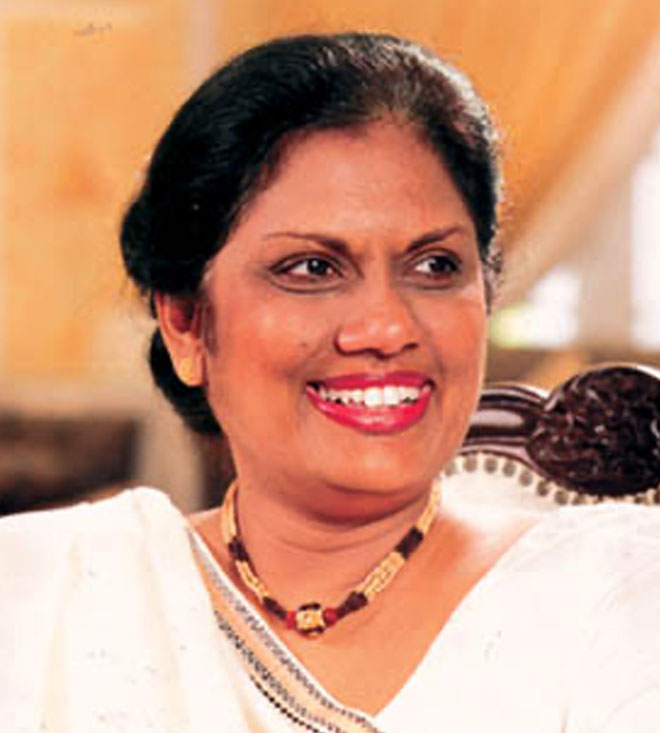 Chandrika Bandaranaike KUMARATUNGA served as the Executive President of Sri Lanka during the period 1994 – 2005. Having had her primary education here in Sri Lanka, she attended the Institute of Political Science (Sciences Po) at the University Of Paris to engage in higher studies.

Since her retirement from active Politics, Madam Kumaratunga has been a driving force behind Sri Lanka’s major efforts for reconciliation with a view towards achieving lasting peace in the country. She has also associated herself with major reforms in the country at policy level, especially in the field of Anti-corruption, Human Rights, and Economic Reforms.

Madam Kumaratunga is a Member, and formerly a Director, of Club de Madrid as well as the Global Leadership Foundation; two global networks of distinguished leaders among several other International Organisations.

She was awarded, among others, the Medal of Commander of the Legion of Honour from the French Government as well as the Search for Common Ground Award for Outstanding Political Vision and Courage.