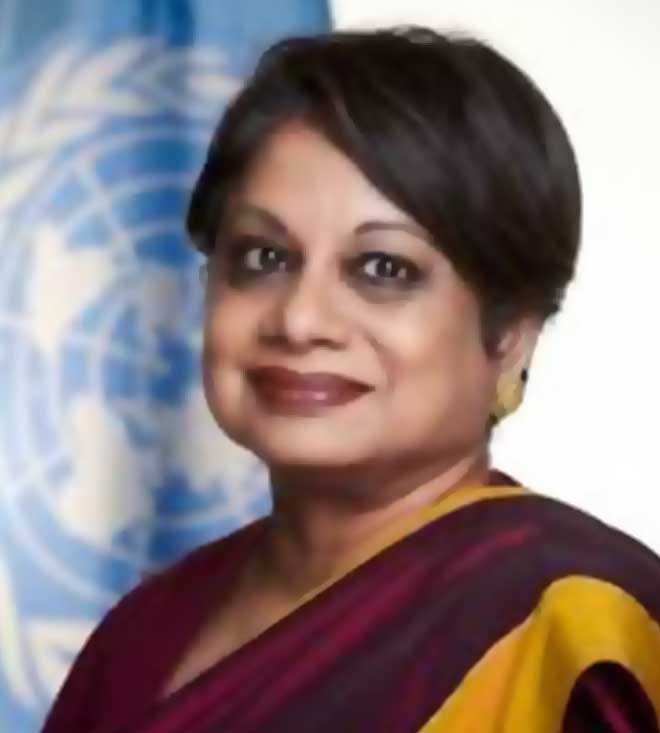 Radhika Coomaraswamy served as UN Under Secretary General and as Special Representative of the Secretary General on Children and Armed Conflict from 2006 until her retirement in 2012. Earlier, from 1994 to 2003, she was the UN Special Rapporteur on Violence against Women, an independent expert attached to the UN Human Rights Commission in Geneva, while located in Sri Lanka.

In 2014, the UN Secretary General asked Radhika Coomaraswamy to lead the Global Study to review the fifteen year implementation of Security Council Resolution 1325 on Women, Peace and Security. In 2017 she was appointed to the UN Fact Finding Mission on Myanmar and also appointed as a member of The Secretary General’s Board of Advisors on Mediation.